Ohio’s medical marijuana program: What you need to know 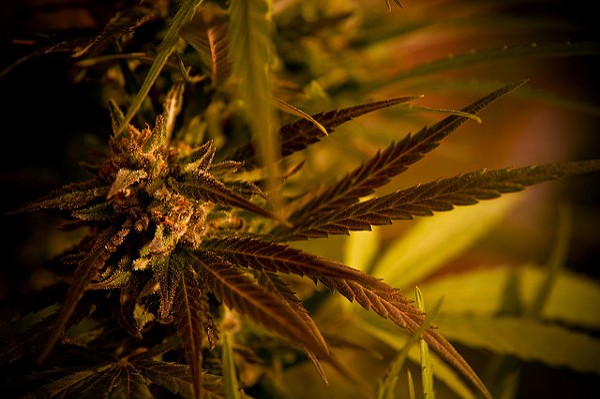 Ohioans  will be able to buy and use marijuana products to treat nearly two dozen medical conditions after obtaining a recommendation from a physician. Here are a few things prospective patients should consider as the state’s medical cannabis program gets rolling.

Don’t. Even though you have a card proving you can use medical marijuana, law enforcement officers won’t cut you any slack if they arrest you for swerving or causing an accident.

If you get caught driving while stoned, police can make you provide urine samples and, in serious or fatal accidents, will obtain search warrants to draw your blood.

The State Highway Patrol has made 14,000 drug-impaired driving arrests since 2016. Records show there have been more than 850 fatal accidents and 11,000 injury accidents involving a drug-impaired motorist since 2013

Police don’t need to send your blood or urine to charge you for driving under the influence. What they observe, the way you interact and your performance on field-sobriety tests is all they need.

Under Ohio law, possession of drug paraphernalia is a minor misdemeanor. Ohio medical marijuana patients will eventually be able to buy all sorts of products like edibles and oils and as much as 8 ounces of “plant material” — called flowers or buds — every 90 days.

Ohio’s medical marijuana law says you’re not allowed to smoke buds. But you can inhale using vape pens, which heat plant material instead of incinerating it. Liquid-filled cartridges for vaping cannabis will be available at dispensaries at some point.

So, carrying a pipe or some other apparatus for smoking marijuana could get you in trouble. If you need to travel with your medical marijuana, make sure it’s in the labeled container you bought at the dispensary.

What’s It Going To Cost?

Quite a bit when compared with current prices in other states. How much is unclear at this point.

Ohio’s medical marijuana law didn’t take into account pricing, but included rules and safeguards that Josh Febus, sales director for Grow Ohio, a cultivator and processor in Muskingum County, says will make products more expensive than what is on the market in other states.

Those rules include packaging each daily dose separately, an expense that will drive up prices, Febus said. The cost of security and strict regulations about how pot can be grown, tested and processed must also be figured into wholesale prices, he said.

Despite state rules and regulations, it’s a private industry. Competition should eventually reduce prices, something other states have experienced.

State officials are cautioning that not all the products will be available when dispensaries first open. The Ohio Medical Board’s Tessie Pollock says dispensaries will initially have a limited supply of buds and that other products won’t be available for sale until sometime later.

The Doctor Is In

Don’t think that once dispensaries open that you can traipse into Doctor Feel Good’s office, pay him $60, and buy a quarter-ounce of Lemon Diesel at a dispensary all in the same day.

The state requires people seeking to use medical marijuana to have a “bona fide” relationship with a doctor on the list of recommending physicians. The doctors will determine if a person has one of Ohio’s 21 qualifying medical conditions and whether the drug might help them. If the condition was previously diagnosed by another doctor, the recommending physician is required to obtain a patient’s medical records or a detailed summary of the diagnosis.